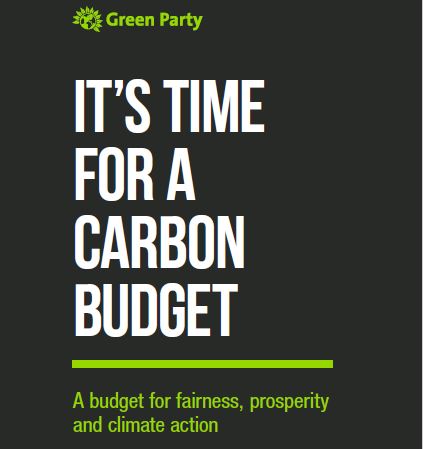 The government must commit to funding innovations proposed by the Green Party if all residents of Stroud District are to get the chance to live in properly insulated and warm homes, said Stroud-based economist Molly Scott Cato ahead of the Chancellor’s Budget tomorrow (October 27).

Molly, who is the Green Party’s Finance & Economy spokesperson, and who wrote the national Green Party’s five-page ‘Carbon Budget’ as a response to the expected Budget announcements [1], said: “Economic opportunities are being wasted because of the lack of funding and lack of commitment to the green economy from the Treasury. A prime example is the innovative proposals to retrofit homes throughout Stroud District. For this to happen, for us to ensure that everybody has a warm home, the council needs sufficient national government funding.”

Referring to last week’s unanimous call by Stroud District Councillors for partnership working on climate action between national and local government, she added: “The Chancellor’s budget seems unlikely to provide the funding needed by local councils to lead on the climate emergency through initiatives like the joint task force that Green, Labour, Liberal Democrat and Conservative councillors have proposed.”

The national Party has set out bold proposals for a Carbon Budget and Green New Deal ahead of the crucial COP26 climate talks starting on Sunday.

The proposals, published today [Tuesday 26 October] as world leaders prepare to gather for COP26, include a high and rising carbon tax to be paid by polluters with the revenues raised to be reinvested in warm homes.

Green Party co-leader Adrian Ramsay said: “We’re being held back by a Chancellor who sees tackling the climate crisis as a cost rather than an opportunity. Did he not get the memo?

“Repeated surveys have shown that the public are way ahead of the Chancellor when it comes to climate action. We know that 94% support our policy of a carbon tax [2] and they understand that climate action means better quality of life with warmer homes, cleaner air and cheaper and more accessible public transport.

“We have pledged £100 billion every year to a Green New Deal including a massive home retrofit programme across the country [3]. This puts the scale of spending offered by the government into the shade.

“Tackling the climate crisis also gives us the opportunity to address the inequality that has disfigured society in the UK and across the world. We have seen a number of British millionaires begging the Chancellor to pay more [4] and we agree with them. Our plan for a wealth tax would provide money for Green investment while reducing inequality.

“And globally we need to reverse the morally repugnant decision to cut our overseas aid spending and take seriously our historic responsibility for the climate crisis. Our pledge to increase overseas aid to 2.5% of GDP is essential for a globally just climate deal that will help poorer countries around the world become more resilient to the effects of climate change.”