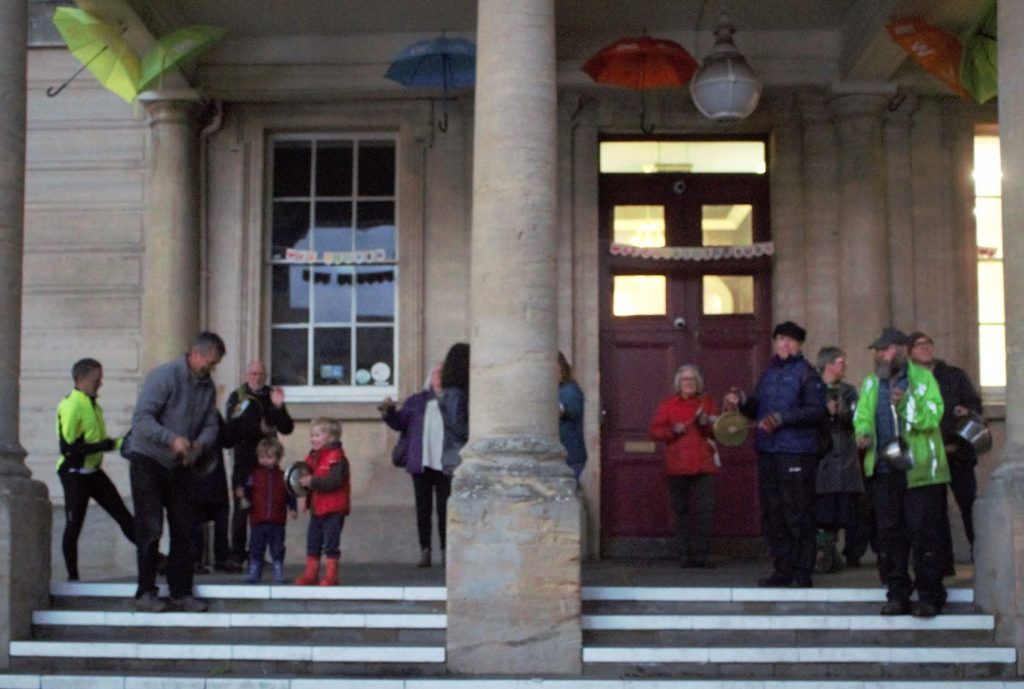 Local residents turned out on Saturday night (October 30) at various locations to join the nationwide Clang for Climate action.

Several current and former councillors were among the crowd outside the Subscription Rooms in Stroud, making a noise with pots and pans, steel drums and handbells.

Meanwhile, muffled bells were rung at nearby St Lawrence’s Church – in an echo of the medieval practice of warning citizens of emergencies. And in Bisley, residents, including district councillor Martin Brown and tower captain Ian Bucknell, rang three of the village’s eight bells.

The events, taking place simultaneously at 6pm for 10 minutes, involved people from all over the country ‘sounding the alarm’ about climate breakdown, in advance of the start of the United Nations’ climate conference, COP26..

The Stroud and Bisley events were mentioned on BBC Radio Gloucestershire on Sunday (October 31), as part of its COP26 coverage, and Cllr Brown was interviewed alongside Bisley Greenshop managing director Roger Budgeon about the various COP26-related events involving the local climate action network.

Cllr Brown, part of the Green group on Stroud District Council, said: “The actions aimed to send a strong signal to world leaders to show that people all over the UK and all around the world demand immediate action to save our planet and its people from catastrophe. We were very pleased to take part in this national event demanding action from government leaders at COP26.”