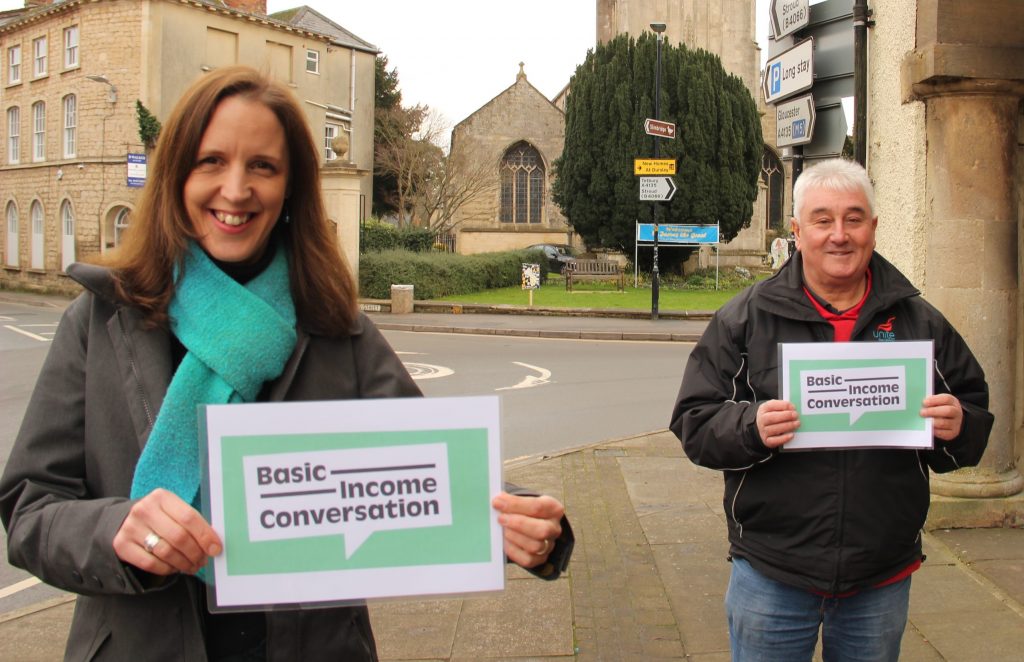 Stroud District could be the location of a “groundbreaking” trial of Universal Basic Income (UBI) after the District Council approved the idea of running a pilot scheme.

District Councillors Catherine Braun (Green, Wotton-under-Edge, North Nibley and Stinchcombe) and Trevor Hall (Labour, Dursley) proposed and seconded a cross-party motion to trial UBI – a non-means-tested sum paid by the state to cover the basic cost of living, which is paid to all citizens individually, regardless of employment status, wealth, or marital status.

At the full council meeting on December 17, Cllr Braun argued that UBI is the fairest, most effective way to mitigate the effects of coronavirus on people’s incomes. “The current benefit system is failing citizens, with Universal Credit causing hardship to many communities in Stroud District; and increasing numbers of people facing poverty as a result of the coronavirus crisis,” she said. “The idea of a UBI has been discussed and researched in great detail and has been fully costed. This country now needs a pilot scheme to test UBI and, given its history of social innovation, Stroud District is ideally placed to run such a pilot.”

Cllrs Braun and Hall claim UBI could help address challenges such as inequality, poverty, precarious employment and loss of community. They argue that the benefits include:

– enabling people to do unpaid work, such as caring for family members and doing voluntary work

– removing the negative impacts of benefit sanctions and conditionality

– breaking the link between work and consumption, thus helping reduce strain on the environment. and

– enabling people to work in community and cultural activities or to train or reskill in areas that will be needed to transition to a lower-carbon economy.

Cllr Braun went on: “The Coronavirus crisis has exposed the inequalities in our society. The patchy government support, with some people furloughed and some not, and many self-employed people left in the lurch, has exacerbated the unfairness. People who have savings are much less affected than those without”.

Cllr Hall added: “People on zero hours contracts have felt forced to go out to work, even when feeling ill. We need a social security system that provides genuine security, and the introduction of Universal Basic Income would be transformational – by providing a minimum of financial security to all. It would cut across these piecemeal schemes, offering a single system that is fair to all and that will contribute to building a more equal post-Covid future.”

The pilot scheme is subject to approval from the Government.