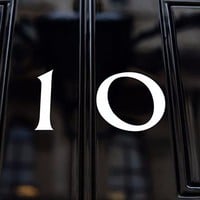 The government has thrown out Stroud District Council’s request to allow it to operate a fairer voting system during next year’s local elections.

At November’s full council meeting, councillors approved a motion calling for an end to the First Past the Post system, for councillors to be allowed to job share and for 16-year-olds to be allowed to vote. SDC chief executive Kathy O’Leary wrote to the government to ask permission to put the plans into action.

She also ruled out making changes to allow job-sharing for councillors or votes for 16-year-olds.

Cllr Martin Whiteside, the leader of the Greens on the District Council, who proposed the change to a fairer and more inclusive system, commented: “It’s a predictable response, given that the Conservative government is the main beneficiary from the ‘secure’ FPTP voting system. It is indeed ‘secure’ if you are a Tory politician. I am not surprised that the government has refused to change a system that keeps them firmly in a position of power. It is disappointing though, that they would not even consider allowing the job-sharing proposal, as this would have encouraged a broader demographic into local politics than the current preponderance of white, middle-aged males that we see serving on the council. And you have to wonder why the government is so averse to the idea of 16-year-olds voting; could it be that young people are not known for voting Conservative?”