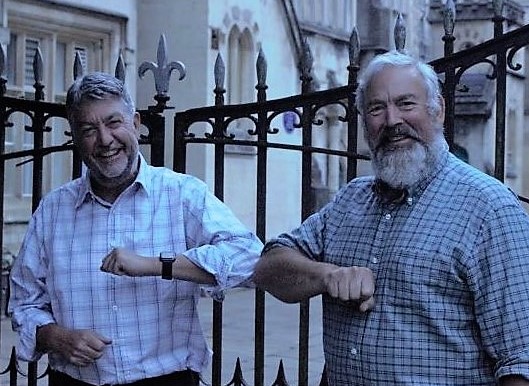 Following the co-option of a Green to fill a vacancy on Stroud Town Council, the Green Party now has 13 councillors on both the Town Council and Stroud District Council.

Adrian Oldman was co-opted at the full Town Council meeting (oddly enough, held on September 13th) to fill a vacancy in the Farmhill & Paganhill Ward that had been created by the resignation of an independent councillor.

This brings the Town Council Green group to 13 strong. There were already 13 Greens on the District Council following gains in May’s elections.

“Now we on the Town Council will be joining our District colleagues in being able to use the phrase #Green 13,” said the Town Council Green group leader and Mayor, Cllr Kevin Cranston. “This must be quite unusual; I don’t know of anywhere else that can claim such a catchy hashtag!”

Combined, there are now 24 Green councillors in Stroud (two councillors sit on both Town and District). “Stroud isn’t known as the People’s Republic for nothing,” said Cllr Cranston. “Obviously, the number 13 is lucky for some!”

Cllr Adrian Oldman (pictured, left, with Cllr Cranston) said: “I’m delighted to be the 13th Green councillor on the Town Council. I’ve recently taken up playing Boules, where 13 is a winning score. I may not be brilliant at that; but at least I’m part of a great team in Stroud Greens!”