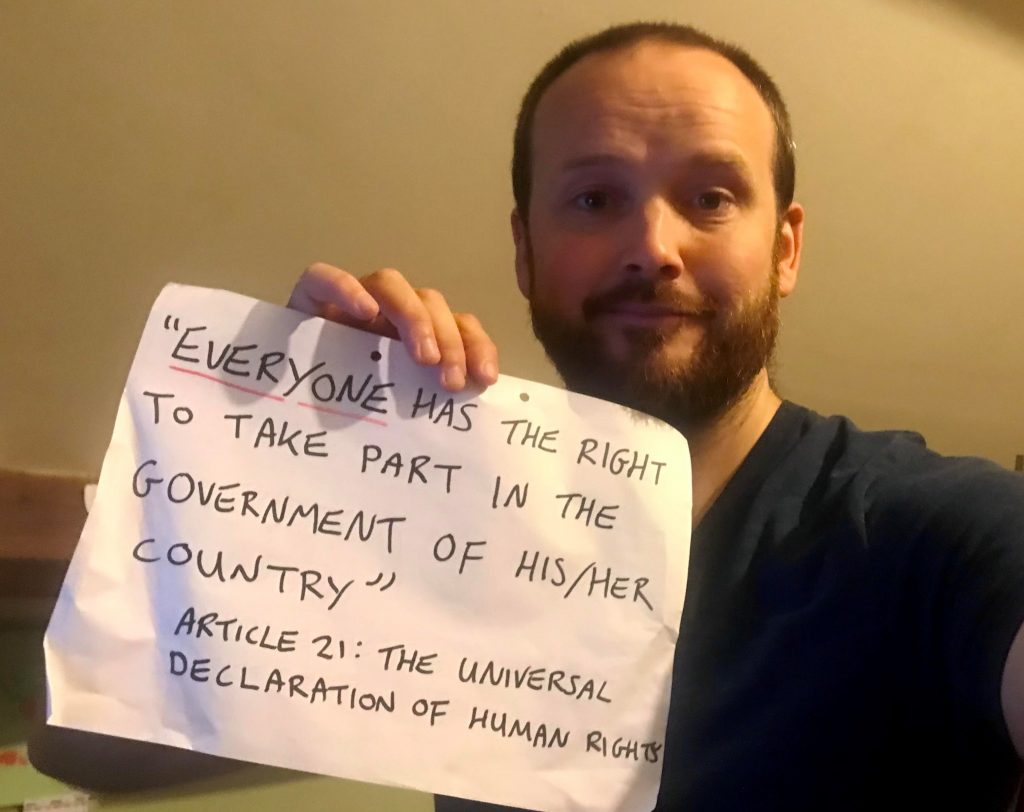 Hundreds of voters who live in the Stroud area could lose their right to vote if the government’s Elections Bill, which goes back to the House of Commons for its second reading on 7 September, becomes law, Stroud District Green Party is warning.

“The Bill’s stated aim is to ensure that UK elections remain ‘secure, fair, modern, inclusive and transparent’,” said Cllr Steve Hynd (pictured), deputy leader of the Green group on Stroud District Council. “This sounds like a laudable aim; however, far from extending voting rights and encouraging participation in local elections, the Elections Bill could have quite the opposite effect.”

The most significant and controversial change contained in the bill is the introduction of mandatory photo ID at the polling station. Because many voters – particularly the elderly and the poor – do not have driving licences or passports to show as photographic proof of identity, millions of voters nationally from already underrepresented groups could lose the right to vote.

“An estimated 24% of the electorate don’t have photo ID, and this change would be a particular barrier to voting for many from black, Asian, minority ethnic and working-class communities,” said Cllr Hynd. “Those short on time and money are less likely to have the required paperwork and these plans will make it harder for those already having a tough time to have their say. And, according to the government’s own figures, it would cost up to £20million per general election; what a colossal waste of money.

“The voter ID requirement could lead to an immediate drop in turnout in elections – this is not what a fair and representative democracy looks like.”

Another concern is that the Bill would prevent many EU citizens who live, work and pay tax here from being able to vote and stand in local elections. Until this year, EU citizens have had the right to vote in local elections. The Elections Bill proposes that only those who arrived before 31 December 2020 will still be able to vote – unless the UK happens to have a bilateral agreement with the voter’s country of origin.

This would put England and Northern Ireland out of step with the rest of the UK, as Scotland and Wales allow all legally resident people to vote in local elections.

“These proposals simply further complicate our already confusing election rules and add unnecessary cost,” said Cllr Hynd. “Migrants in the UK, including EU citizens, make up over 10% of the population and they deserve to have a say in local decisions that affect them. We fully support the Young European Network and others in their #OurHomeOurVote campaign, which calls for all residents to be able to vote. This would be a fair approach, one that is easier to implement in practice than the confusing new proposals, and one that would create stronger local communities through enabling everyone to actively participate in local democracy.”

A petition against the proposals can be found here: https://action.electoral-reform.org.uk/page/35710/petition/1