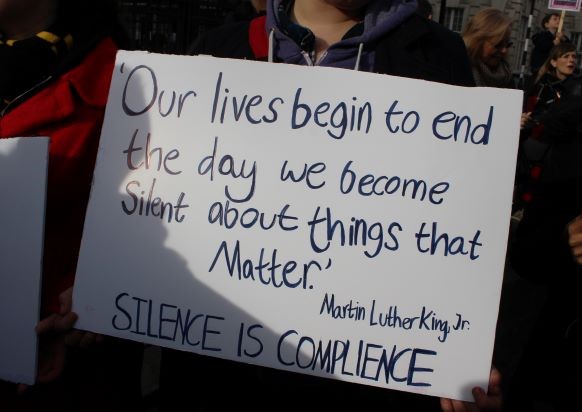 The threats to the right to peaceful protest in the wake of the controversial Police Bill will be discussed at an online public meeting on Wednesday July 14 from 7.30pm-9pm.

They will talk about the practicalities of facilitating protest, will share the issues they’ve faced in planning events and their top tips for effective actions, and will discuss the potential implications of the Police, Crime, Sentencing and Courts Bill.

Elizabeth Lee, coordinator of the Cloud Café events, said: “With the new Police Bill proposing new police powers and restrictions on protests, the right to peaceful protest has never been more under threat. The Bill’s vague wording could mean it is used to stamp out all dissent, and there has been a wave of ‘Kill the Bill’ protest around the country.”

The meeting is open to the public and there will be opportunities to ask questions and join the conversation. Register here to attend: https://actionnetwork.org/events/cloud-cafe-the-right-to-protest