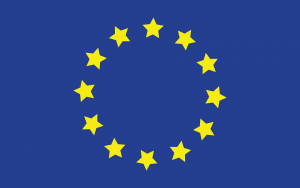 The below letter was sent to Siobhan Baillie and Sir Geoffrey Clifton-Brown by our Coordinators Lynn Haanen and Cllr Martin Whiteside.

We are writing to express our acute concern about the government’s stubborn refusal to request an extension to the transition period to allow enough time for a successful trade negotiation with the EU. Given that we have been facing the most severe public health crisis this century – and that several of the key negotiators were themselves out of action while suffering from Covid-19 – it is irresponsible in the extreme to insist on the original timetable.

This puts us in a position similar to the one we were in last year, with the risk of achieving no future trade deal with our main trading partner as a very real possibility. Such an outcome would be disastrous for businesses in Stroud District and across the country, and would also be likely to cause disruptions to our supply chains that are already under pressure due to the pandemic.

By choosing to decline the option of not extending the transition period after December 2020, the government will be responsible for further hardship to the local economy in the coming months.

The government’s strategy of taking the negotiation to the wire in the hope that Barnier will blink is not a responsible way to deal with a matter of such importance. Even if successful, it will leave businesses with no time to put plans in place to prepare for what they will be facing from next January. It is the future of our national economy, the survival of many local businesses and the employment prospects of thousands of our residents that are at stake.

The Green Party continues in its view that the best possible future for the UK is to remain with as close as possible trade links with the EU, continuing our membership of the single market and customs union. We know this is a view you once shared and we ask that you  use your influence, alongside others, to persuade the Prime Minister and the Minister for the Cabinet Office to take this reasoned approach to best protect our economic, social, and national security interests.

On behalf of the Stroud District Green Party