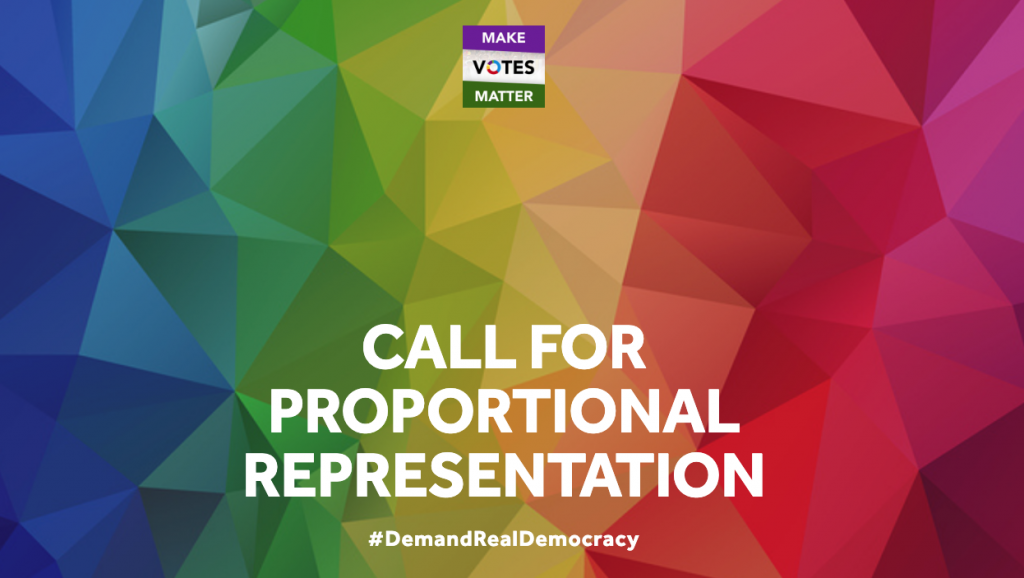 It is the electoral system that is the problem

Stroud is a very politically engaged community and it’s right that we feel strongly about how our community and our world are changing. What is wrong is that the current political system pits us against each other rather than supporting us in working together while respecting each other’s views.

Our archaic and indefensible voting system means that approximately 32,000 votes in 50 constituencies will decide the result of this general election. Here in Stroud Constituency the first past the post (FPTP) voting system has created a tragic, even distressing, situation with Green and Labour voters pitted against each other.  This conflict is heart-breaking to all involved because good working relationships established over many years, across many progressive campaigns, are being undermined. It is so sad that people in our tight-knit community who have previously campaigned vigorously together on many local issues have been forced into conflict by an electoral system designed to block progressive change.

It is essential that the understandable anger felt on all sides is directed against the unfair electoral system that is the cause of the problem, rather than towards the candidates and activists of the parties who are the victims of the system. Whatever the outcome of the general election locally, we feel we must work hard to rebuild trust and regain the community spirit that we so value in our town. We intend to redirect the energy and passion generated by this election campaign towards building a true and flourishing democracy in our country. Stroud has led the country on many issues in recent years and we can lead here too.

On behalf of the Make Votes Matter movement we call upon progressive parties to: