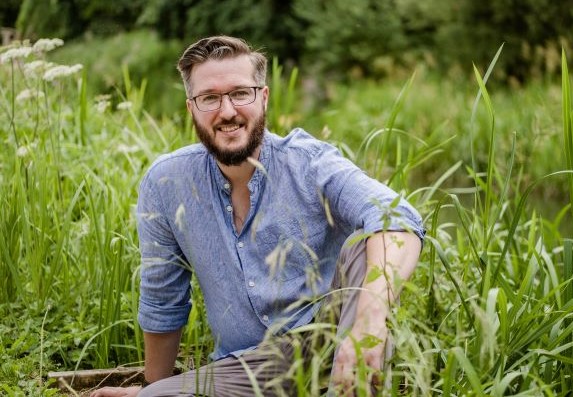 Stroud District Green Party members have chosen Pete Kennedy as the Green Party candidate to fight the next general election.

He was selected in a process where all local members could nominate and vote for their preferred candidate.

Pete’s selection was officially announced today (Saturday August 6) at an event in Stroud attended by media and Green councillors and supporters.

Pete, 32, who lives in Chalford with his partner, Charli, and their baby daughter, Summer, has worked for the Green Party for more than five years in a variety of roles.

Working in Parliament, Pete advises the Green Party on legislation and procedure and has been involved in some of the biggest fights against the Government’s legislation like the Police and Crime Bill. Here in Stroud, Pete is an adviser to the 13-strong Green Group of councillors on Stroud District Council.

Pete joined the Green Party in 2011, having been inspired by Caroline Lucas being elected as the first ever Green Member of Parliament. He was drawn to the Green Party’s policies for a sustainable and fair society.

As an activist and campaigner, Pete has been involved in a number of campaigns: opposing austerity cuts to public services, fighting plans for fracking, and protecting pubs as community assets. Pete is passionate about the positive change that Green policies will have on everyone’s lives.

Pete studied Economics and Politics at the University of Sheffield, where he focused on environmental economics and sustainability. Pete became particularly concerned about how dependent the economy was on cheap fossil fuels, and how this put at risk the way of life that we all take for granted. He went on to study law part time alongside working, and qualified as a barrister in November 2021.

Outside politics, Pete has worked in the community and public sectors, having worked for a mental health charity and as a warm homes officer for a local authority. In his free time, he loves gardening and playing computer games, and is a Formula 1 fan.

“I’m excited to begin our campaign and build on the Green Party’s long history of making a difference in Stroud,” said Pete. “The current cost of living crisis proves that the economic system is broken. Billionaires and bankers have extracted wealth from our communities and public sector, aided and abetted by both Labour and Conservative governments. We live in inefficient homes that cost too much to run; we are heavily dependent on fossil fuels and polluting industries; and we struggle with expensive and unreliable public transport that doesn’t meet our needs. The good news is that the Green solutions to all these problems will create many new well-paying jobs and training opportunities”.

Lynn Haanen, SDGP co-coordinator, said: “Pete is a really great candidate; it will be brilliant to have a young MP who already has experience in parliament and is part of the millennial generation. Alongside all his other attributes, Pete lives locally so knows and cares about Stroud constituency.

“Because the Green Party does not impose candidates on local parties, our members in and around Stroud were free to choose the candidate they wanted, and Pete was the unanimous choice. Greens know that we need to work with other parties to create the future we all need, and are committed to making this happen.”

The Greens have been part of the ruling alliance on Stroud District Council for 10 years as well as being the largest party on Stroud Town Council. Pete hopes that the pre-election period will be a chance to build on this already high level of support for the Greens in Stroud.