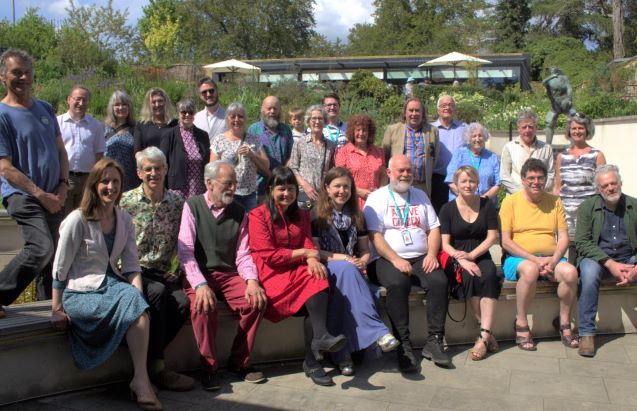 Believed to be the longest lasting cross-party administration in English local government, the three political parties have put aside political differences to deliver key progressive policies including:

The Alliance, formed after the Conservatives lost control of the council in the 2012 elections, has shared power among councillors from Labour, Green and Liberal Democrat parties. There are currently 15 Labour councillors, 13 Green and 3 Liberal Democrats that make up the administration. Stroud District Council is run through a committee system with both Labour and Green councillors taking up key chairperson roles on decision-making committees.

Doina Cornell, Labour Party councillor and leader of Stroud District Council, commented: “In Stroud District we do cooperation and consensus well and I’m very proud of that. The benefit of more collaborative politics is that while each political party retains its own political perspective, we work together in the interests of the whole district. We are delivering a really ambitious council plan, while never compromising on the quality of frontline services that all our residents rely on day in, day out.”

Catherine Braun, Green Party councillor and deputy leader of the council, added: “We have done ground-breaking work to become the first Carbon Neutral local authority in Europe, to protect our natural environment and reduce the use of single-use plastics. We’re responding to the retrofit challenge for council homes and public buildings, through partnership projects to reduce energy use and carbon emissions. This is all only possible because Greens entered a cooperative alliance with Labour and the Lib Dems.”

Cllr Ken Tucker, the leader of the Liberal Democrat group, continued: “The Liberal Democrats have a key role to play in promoting fairness and opportunity. As part of the cooperative alliance, we have helped shape a positive progressive council that supports those most in need, when they need it most. We are proud to have found the common ground with our Green and Labour colleagues to deliver a plan that truly works for all residents.”

All the alliance parties at Stroud level have called for the electoral system to be changed from First Past the Post to some form of proportional representation, which would involve different political groups in power-sharing.

Cllr Cornell explained: “Having seen how successfully councillors from different parties have worked together in Stroud district over the past decade, we would like to see a more collaborative style of politics at a national level too. The way to deliver this is through a fairer voting system which truly represents the way people have voted. The UK is a complete outlier in not having a democratic system where the share of seats a party wins matches the share of votes it receives.”

Some present and former alliance councillors are pictured at a recent celebration at Stroud’s Museum in the Park.

Only two other alliances have lasted longer than 10 years, according to the Local Government Association. One was interrupted by a period of one-party rule and the other has involved a change in alliance partners. Stroud’s record is for continuous alliance between the same political partners.

Stroud District Council retains a committee governance system, with Committee Chairs and Vice Chairs apportioned between councillors from the three alliance parties. The Council Leader and Deputy Leader are divided between the largest and second largest parties, Labour and Green respectively.