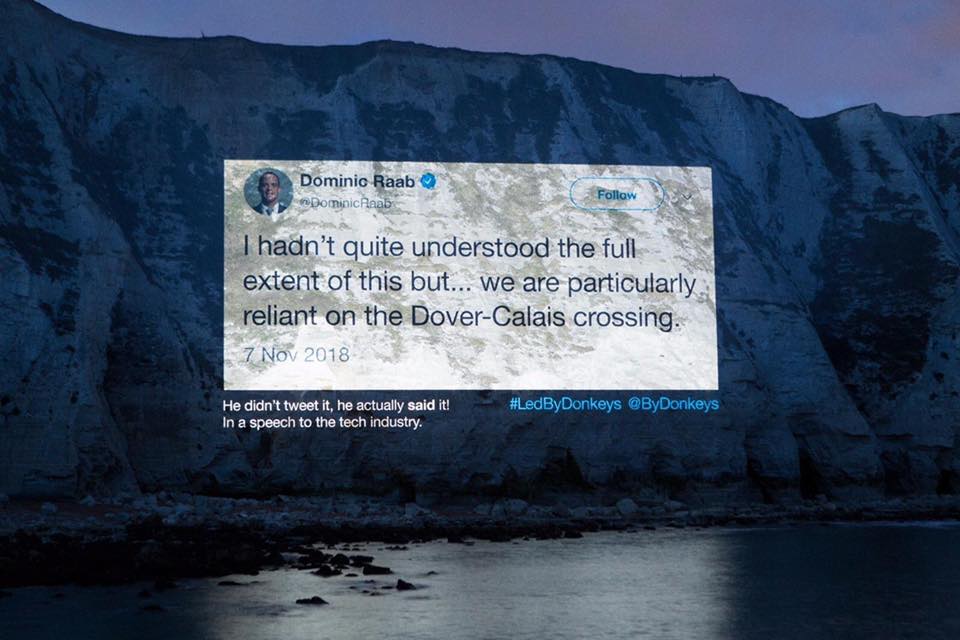 The use of satire as social commentary is the topic of an online discussion on Wednesday May 4 from 7.30pm to 9pm.

Speakers from political activist collective Led by Donkeys and from Extinction Rebellion will talk about how they use humour to critique unfavourable aspects of society and to interpret political and social events.

Led by Donkeys’ actions have included:

Following the presentations there will be an opportunity for audience experiences, discussion and debate.

The event is open to everyone and is free to attend but there will be the chance to make donations to Green Party funds.

The meeting is the latest in Stroud District Green Party’s regular Cloud Café debates. Organiser Elizabeth Lee said: “Satire is a powerful tool for making commentary on social and political issues. It will be fascinating to hear about how people use humour to shine a light on current events and to expose the hypocrisy of our government.”

Ben Stewart is co-founder of Led By Donkeys. He worked at Greenpeace for 20 years, where his roles included communications director. He was one of the Kingsnorth 6: activists who shut down a controversial coal-fired power station and were acquitted at the subsequent trial.

Sarah Lunnon has represented the Green Party at Town, District and County Council level, and over 15 years was thrown off only one of them. In 2017, after standing down from Gloucestershire County Council, she became involved in nonviolent civil resistance, and since then has been involved in some of the UK’s most high-profile environmental campaigns.
She says: “In seeking to communicate an unimaginable horror, it is useful to have a variety of tools. Understanding comedy and how people react enables you to communicate and engage with an audience. Set-up, reveal, escalate, pay-off provide a fantastic route to a comedy routine or a speech on the climate.”

Sign up here to join the event live or to get access to the recording to watch another time.

Picture courtesy of Led by Donkeys.