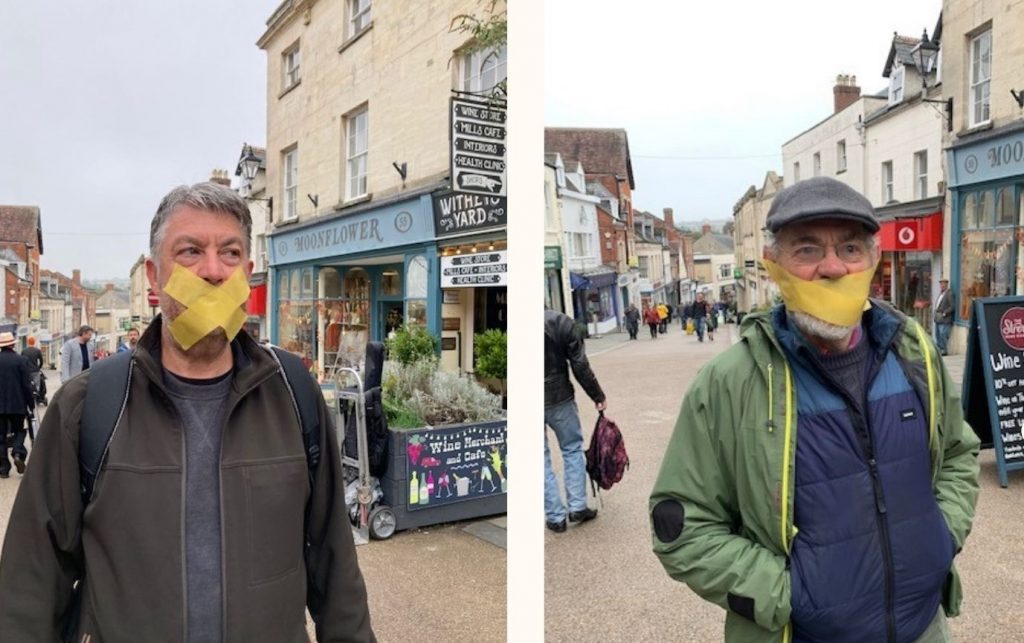 Two local Green Party members made an impromptu visual statement by taping their mouths shut to show their sadness at the forced winding-up of incinerator campaign group Community R4C.

Cllr Adrian Oldman and party activist Alan Mossman (left and right in picture) stuck masking tape over their mouths while visiting Stroud town centre, as a gesture of solidarity with the campaigners who have been effectively silenced following the legal action recently taken by Gloucestershire County Council.

Cllr Oldman said afterwards: “By forcing the closure of CR4C, which had fought valiantly for years to bring to light the questions over the legality of the massive incinerator contract, the Council has made clear it is not OK to challenge its decisions.

“We wanted to make a small, personal gesture showing that we feel silenced in our concerns about the incinerator – at least temporarily – by action that is an affront to democracy.”

See our previous stories for background on the Javelin Park saga.