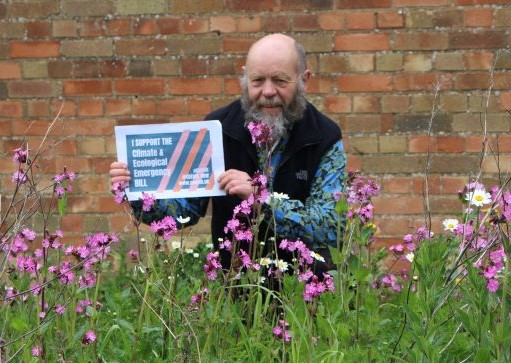 Stroud District Council will be calling on the government to take urgent action over climate change, after councillors voted to approve a cross-party motion put to full council last night (Thursday April 29).

The motion, proposed by Cllr Simon Pickering (Green) and seconded by Cllr Doina Cornell (Labour) asked for councillors to support the Climate and Ecological Emergency Bill (CEE Bill), which was tabled in Parliament by Green MP Caroline Lucas.

The Bill calls for a range of government actions to tackle greenhouse gas emissions and rising global temperatures, including protecting and restoring depleted soils, wildlife habitats and species populations and setting up an independent Citizens’ Assembly to work with Parliament and Government on an emergency strategy for becoming a zero-carbon society.

Cllr Pickering said: “As a council we are committed to do everything within our powers to adapt to and combat climate change, but that is not going to be enough. We need Government to work with us, business and all citizens in a genuine partnership to first adapt to, and then help stop, dangerous climate change.

“But there’s a palpable lack of urgency and action on the part of government. Without more significant and sustained action, the world will exceed the Paris Agreement’s 1.5°C limit between 2030 and 2040. Therefore, the current UK target of net zero by 2050 is not satisfactory. It is too little, too late. Unless global warming is limited, we will face catastrophic climate change.

“The costs of failing to address this crisis will far outstrip the investments required to prevent it. Investing now will bring many benefits in the form of good jobs, breathable cities and thriving communities. In the year that the UK hosts the United Nations Climate Change Conference, government must finally stop prevaricating and start taking this crisis seriously.”

The CEE Bill has the support of MPs from seven political parties, and after the motion was approved, the council will write to Siobhan Baillie MP asking her to support the bill too.