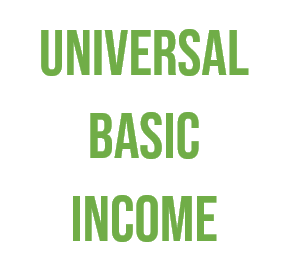 Local Green District and County Councillors join over 100 MPs and Peers across seven parties for the introduction of a Universal Basic Income (UBI) in response to COVID-19.

The letter to Rishi Sunak, Chancellor of the Exchequer was published in the Financial Times on April 22, 2020. The joint statement calls for a recovery UBI plan to replace the government’s current support schemes which have seen many people and families struggling. The Green Party has long supported UBI and their manifesto included a plan for a fully costed Universal Basic Income for everyone regardless of employment status.

“We are calling on the government to implement UBI now, not only as a way of providing security to everyone, but also as a springboard to recovery. The public strongly agrees with us with 84% of the public supporting Universal Basic Income in a recent poll”.

“The patchy government support, with some people furloughed and some not and the self-employed being left in the lurch, has exacerbated the unfairness. Now is the time for a Universal Basic Income to cut across these piecemeal schemes. This is a single system that is fair to all and will contribute to building a more equal post-Covid future. This is the way forward now!”

The letter was been signed by Green MP Caroline Lucas and Green House of Lord peers Jenny Jones and Natalie Bennett along with MPs and peers from across the political spectrum. No Conservatives signed the letter, nor any Labour front benchers.

“The Coronavirus crisis has exposed the inequalities in our society. Although we are told ‘we are all in this together’, and it is true that rich and poor, young and old can all catch the virus, it is also clear that some people are more affected than others. I have seen this happening during the lockdown, with those who have savings much less affected than those without. People on zero hours contracts have felt forced to go out to work, even when feeling ill. The introduction of Universal Basic Income would be transformational – by providing a minimum of financial security to all”.